The Body Suite is home to your all natural, homemade body products. 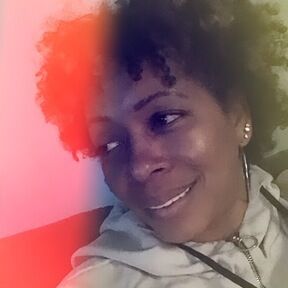 What do Beyoncé, Mary J. Blige and Taraji P. Henson have in common? The megastars have all had their digits pampered by manicurist Lisa Logan. In 2012 Logan, now 48 years old, opened the Nail Suite by Lisa Logan, and she never looked back. But when the coronavirus swept through, nail salons were among the first establishments to close. Logan had to pivot - and fast.

She found the solution while helping her newlywed daughter, who was due to give birth in June. I’ve long been a champion of oregano oil in my salon,” says Logan. The nail artist decided to try infusing the oil, known for its antibacterial healing properties, into a soap to treat her daughter’s psoriasis and eczema. “A light bulb went off,” she says. “I started mixing oregano oil with other essential oils and, with the help of a family member, created a soap.”

Packed with a robust clean and crisp scent, the custom organic soaps are wrapped in rustic-style cheese cloth or burlap and tied with twine. “My first marketing effort was a TikTok video of me making the soap,” Logan recalls. “It received a good response.” One month later Logan’s O’Really Oregano Soap was in high demand. Taking orders online, she has even caught the attention of Carol’s Daughter founder Lisa Price, and Oprah Winfrey’s pedicurist, Gloria Williams, the Footnanny, ordered 50 bars.

Now that her soap is so popular,Logan intends to sell it at retail price when the Nail Suite reopens. She sees the coming in-salon debut of the bar as a blessing. “This pandemic allowed me time to be still long enough to create a product that benefits people,” she explains. “This was already written.”

By Bridgette Barlett Royall for Essence

The Nail Suite By Lisa Logan